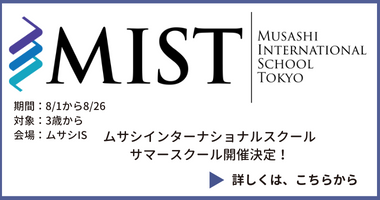 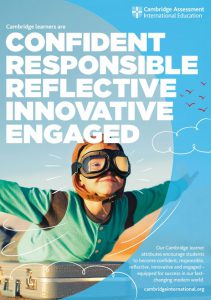 As of September 2019, there are over 10,000 schools in more than 160 countries that offer Cambridge programmes and qualifications. The Cambridge programmes value deep subject knowledge as well as the conceptual understanding that helps students make links between different aspects of a subject. Also, the programmes encourage students to develop higher order thinking skills, including problem solving, critical thinking, independent research, collaboration and presenting arguments, which help students prepare for their future lives as confident global citizens.

・a coherent international curriculum with clear progression at each stage that emphasizes deep subject knowledge, conceptual understanding and higher order thinking skills. With a wide range of subjects–over 70 at the Cambridge Upper Secondary stage and over 55 at Cambridge Advanced, the Cambridge curriculum allows students to personalise their learning programme that match their strengths and interests.

・an approach to teaching and learning designed to cultivate Cambridge learners that are confident, responsible, reflective, innovative and engaged.

・assessments for and of learning. The Cambridge International tests can be used to track learners’ progress in comparison with those in international schools around the world and support learners’ development with comprehensive feedback.

・a global community of learners, teachers and schools. The Cambridge International programmes and qualifications are being used by nearly a million learners from 10,000 schools in 160 countries, which contributes in making the Cambridge programmes rigorous, relevant and world class.